The Indian is the general name for all Native Americans except the Eskimos. The vast majority of Native Americans are Indians, but because of differences in language, beliefs, customs, and lifestyles, Indians are divided into many different tribes.

In Brazil, there are 556 Indians living in a total area of ​​83.507.923 hectares, equivalent to 9.81% of Brazil’s land area. According to statistics from relevant departments, there are 215 Indian tribes that have been discovered, with a population of about 374,000, accounting for 0.2% of the Brazilian population, but the actual number is more than this number because many tribes still live in the world. In the isolated virgin forest, people cannot know their number. It is estimated that about 55 tribes have not been discovered in the legal Amazon area, which is unique in the world.

Some Indians have been living in an isolated environment since the day they were discovered. They still maintain the cultural traditions left by their ancestors, still living on hunting, fishing and rough farming, and have no contact with local society. Nor is it in contact with other Indian tribes. They ate a pot of rice together, ploughed a field together, and lived the sunrise, the original life of sunset.

Indians, yellows, the oldest inhabitants of the Americas. It is said that it was moved from Asia through the Bering Strait 15,000-25,000 years ago and distributed in North and South America. In the far north there are Eskimos and Aleutians; in North America there are Athabasians, Algonquins, Iroquois, Sioux and Mascoki; in Central America there is Az Turks, Mayans, Caribbeans, Chibuchas, etc.; South America has Inca, Guarani and Araugan. The language is Indian. The first crops such as corn, potato, sunflower, cotton, and cinchona are planted to contribute to humanity. Before the 16th century, most of them were still in the matriarchal clan stage, and a few, like the Maya, the Aztecs, and the Incas, formed an early slavery state and had a fairly high culture. Since the 16th century, it has been devastated and killed by European colonists, with disrupted development and a declining population. There are more than 32 million people. Mainly engaged in agriculture. There are about 800,000 people left in North America, most of whom are rushed to the reserve and have a hard life. In Central and South America, it is generally discriminated against and assimilated by the rulers of the host country. 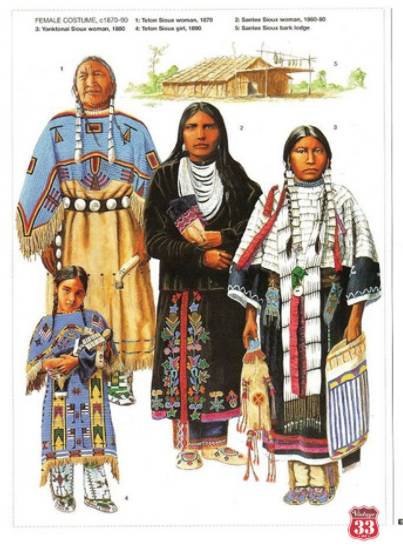 For historical reasons, most Indians now live in remote rural areas. Like the Mayans, most other Indians still retain their traditional customs. Indians still like to use rough earthenware pots, stone bowls, and wooden spoons when cooking. When someone is sick, they take herbs, or ignite them to smoke the patient, or cook the soup for the patient to bathe. They have so far enjoyed wearing traditional costumes with their own ethnic characteristics. Maya women in the Yucatan Peninsula wear loose white embroidered skirts and colorful flowers, while men wear loose white pants, straw hats and straw sandals. Indian women on the Central Highlands love to wear embroidered blouses and long strips of vertical stripes, and a super-purpose shawl called “Reboso”. This kind of shawl can be used for both sun and cold, and can also carry children and pack things. Costumes with ethnic characteristics have become a clear symbol of the Indians. Many Indians still live in original houses. In the Yucatan Peninsula, the Mayans opened a flat land in the woods, took the ground and fixed the thick branches on the ground, forming a large circle, placing the big leaves of the palm trees on top, and the house was covered. It is.

In fact, the Maya are a member of the Indian family. There are 56 Indian nationalities in Mexico, with a total population of about 10% of the country’s population and about 10 million people. In the past, the Indians have been the masters of this land in Mexico. They created the world-famous ancient Indian cultures of Olmec, Maya, Teotihuacan, Toltek, Aztec, and Mexico became a center of Indian ancient culture. Only after the Spanish colonists invaded Mexico in 1519, Indian talent became a minority in Mexico due to being slaughtered and mixed.

Mayan culture is one of the most famous ancient cultures in the world and is known as the cradle of American Indian culture. Areas in which the Mayan culture develops include the Yucatan Peninsula in southeastern Mexico, Tika in Guatemala, Copan in the west of Honduras, Wasakton (the oldest known Mayan city), and parts of Belize and El Salvador. About 325,000 square kilometers.

Corn agriculture is the most important economic activity of the ancient Mayans. They used the original slash-and-burn cultivation method, first cultivated crops such as corn and sweet potato, and mastered the techniques of feeding turkey, dog and dense bee, weaving agave fiber and kapok, and making colored pottery. Commercially, the Mayans mainly trade in barter, sometimes using cocoa beans as a common currency. The Mayans also achieved outstanding achievements in the fields of architecture, sculpture, painting, hieroglyphics, astronomy, calendar and mathematics.

Around the beginning of 1500 BC, the Mayans entered the era of settled agricultural life. Around the BC, the city-state was gradually formed. Around 300-900 AD is the heyday of the development of the Mayan civilization, and there have been more than 100 city-states. These cities have a large population, well-organized buildings, grand architecture and rich culture. Religion occupies a very important position in the Mayan culture, and the temple building that holds the grand rituals is spectacular on the pyramid as an altar. Offering sacrifices is an important form of Maya worship, including food, jewelry, and even living.

The Mayans have achieved higher accomplishments in both the half-length sculpture and the bas-relief. Mayan paintings generally take the form of murals, in which the characters’ depictions are expressive. In addition, there are beautiful pictures on pottery and metal plates. Around the BC, the Mayans independently created pictographic texts. They flattened the bark and soaked the gum, then applied a layer of slaked lime, painted on the bark, and wrote hieroglyphics, numbers, gods and animal images. Ancient Maya is composed of more than 800 graphics and symbols, and the text and color pictures are juxtaposed together. Many transcripts record the history, myths and legends of the Maya, but most of them were burned by the Spanish colonists as “the works of the devil.” To date, only three Mayan ancient manuscripts have been preserved, all of which have been collected in museums in Europe. In addition to the transcripts, the ancient Maya is also preserved in the inscriptions of stone pillars, stone tablets and ancient buildings. The Mayans attach great importance to history. Every 20 years, they set up a stone pillar in some city-states and record major events in Maya. Therefore, the Mayan culture is the only culture in the history of ancient America that has a clear history. The tradition of the Mayan column history lasted for more than 1200 years and was interrupted by the invasion of the Spanish colonists.

The Mayan calendar was born in BC. The calendar is for 13 days, 20 days for January, 18 months for one year, plus 5 days for taboo days, 365 days for a year, and 52 years for a round. The Mayan calendar is more precise than the ancient Greek calendar and the Roman calendar. The Mayans also built a number of astronomical observatories to calculate the eclipse time and the cycle of the moon and planets.

The Mayans achieved remarkable results in mathematics. They used a total of fingers and toes to calculate, using a twenty-digit calculation. It is particularly worth mentioning that the Maya understand that the concept of applying zero is seven or eight hundred years earlier than Europe. In the post-classical period of Mayan culture, ancient Maya civilizations declined rapidly due to natural disasters such as hurricanes, plagues and wars, and all major cities were abandoned. When the Spaniards invaded, the Maya city-state on the Yukata Peninsula was already fragmented and ruined.

As mentioned before, the Mayan culture is one of the most advanced ancient cultures in the Americas. Its material and cultural achievements are considerable and still have a major impact on Mexico and some Central American countries. However, compared with the advanced civilizations of the European continent, it seems primitive and outdated. Therefore, the fragile Mayan culture was severely devastated during the Spanish invasion of the 16th century.

The Indians believe that “all things are animistic”, they respect nature, and they are awe-inspiring about the natural world, the mountains and the rocks. The Indians have been largely assimilated by the Christian faith in Europe. In today’s United States, most Indians believe in Christ, but the original beliefs of the Indians still exist. It is mixed with Christianity and becomes a strange religious belief. Kayette said that religious beliefs occupy a high position in Indian life. The most important tribal leader is a religious leader. His power in internal affairs is higher than that of the tribal chief. In most tribes, the head of the tribe is only responsible for foreign affairs, mainly dealing with the federal or local government. He represents the tribe externally, but his appointment is in religious leaders, and he has to listen to religious leaders in internal affairs.

news
On June 8, 2017, Google launched the “World Heritage” virtual tourism project and listed it on the World Heritage List. Some news media emphasize...